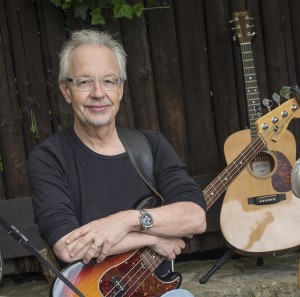 I started playing the guitar even before the Beatles had their first American hit. In the many years since, music has played an important role in my life. It has provided me with a living, introduced me to some remarkable friends and been a constant source of comfort. It’s a privilege to have been part of some very special projects.

I am passionate about acoustic music and play fingerstyle guitar enthusiastically; professionally, I am more frequently found with an acoustic or electric bass guitar in my hands. I also enjoy arranging songs (particularly vocals). I started working as a producer in recording studios many years ago and have helped make commercials, film soundtracks, albums and more. 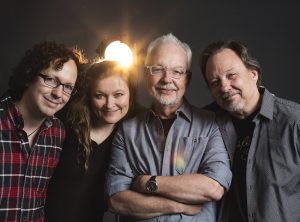 I was proud to be part of The Red Planet, a project band with John Cable, Billy Gewin, and Marla Feeney. We released a well-reviewed album, When the Levee Breaks Through, which was recorded in Wales and Atlanta (that old combination!) We also enjoyed a short Swiss tour – it was fun to introduce John’s and Billy’s great songs and Marla’s breathtaking instrumental virtuosity to audiences on the old-world side of the Atlantic. We’re all doing different things now but it was a great – if short – ride. 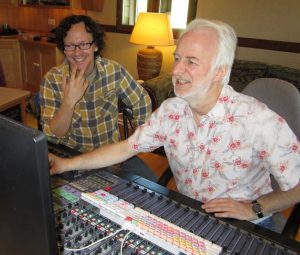 My dear friend Martin Levan (shown here with Billy Gewin) has built an incredible career as a recording engineer and producer and theatrical sound designer. Over more than four decades, he has recorded artists from a broad range of genres: Iron Maiden, Ralph McTell, John Martyn, June Tabor, Leveret and many more. He also created the original sound design for some of the most successful musicals of all time including Phantom of the Opera, Sunset Boulevard, Cats, Kiss of the Spider Woman and Joseph and the Amazing Technicolor Dreamcoat. I consider myself very lucky to have the occasional opportunity to co-produce projects with Martin at his beautiful Red Kite Studio in Wales.

The Red Planet recorded much of When the Levee Breaks Through with Martin at Red Kite.

Check out the studio and learn more about Martin and his work at http://www.martinlevan.com/

Making music with – and writing about – the amazing John McEuen

Some of the more gratifying experiences of 2018 involved performing with and writing about John McEuen. John, who is one of the world’s most 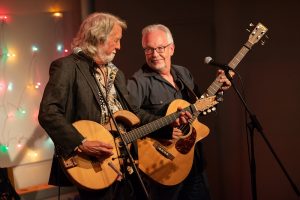 influential acoustic musicians, has distinguished himself in a long career, notably with the Nitty Gritty Dirt Band and more recently with his String Wizards. He has also written an entertaining (and moving) memoir called The Life I’ve Picked, A Banjo Player’s Nitty Gritty Journey. In August of 2018, it was a treat to have him play at a small venue in Pieterlen, Switzerland, the town where I live and it was even more thrilling to get to be part of the show. I also had the opportunity to publish quite a long article about him in the British music journal RnR Magazine. If that wasn’t enough, I had a chance to play with him again, this time with my old friends John Cable (who is also one of McEuen’s String Wizards) and Helt Oncale, on a riverboat between Koblenz and Dusseldorf, Germany. And to top it off, I also had a chance to play with John McEuen and John Cable in Decatur and Calhoun, Georgia in the spring of 2019. Life is good!

And writing about another hero: Rodney Dillard 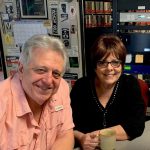 In the spring of 2019, I found myself driving along the winding highways of the Missouri Ozarks. Bluegrass and country-rock innovator Rodney Dillard, a musician whose recordings have had a profound influence on me since the 1960s, had invited me to interview him and his wife Beverly Cotten-Dillard at their home in Branson. I spent a transcendent afternoon with them and the result was an article published in the November/December 2019 issue of RnR Magazine. Rodney and Beverly are as generous and kind and authentic as their music would lead you to believe. By the way, it was John McEuen and his fellow String Band member and Nitty Gritty Dirt Band alumnus John Cable who arranged the introduction to the Dillards so . . . progressive bluegrass, Americana, and country rock are alive and well in my world.

The Rick Harris album, This is the Beginning 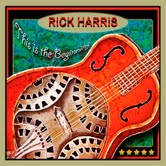 Rick Harris is a talented singer/instrumentalist who grew up in Alabama. We met in Switzerland and had a chance to create an album we’re both proud of (and it was also recorded with Martin Levan in Wales at Red Kite Studio).

Check out Rick’s video of the title track at https://youtu.be/_8pB8QYdpYU  This fine song was written by Pat Donohue.