My parents gave me a Silvertone guitar for Christmas when I was ten years old. It was an auspiciously timed present. I was living in Grand Junction, Colorado. Peter, Paul & Mary were to be heard everywhere. The Kingston Trio had pop hits. And the day after I tuned the guitar, using the warped seven inch 45 rpm single delivered in the cardboard case along with the guitar, a strap and a pick (“Everything you’ll need to be the life of the party!”), “I Want to Hold Your Hand” was released in the United States. That song would top the charts three weeks later and toward the end of 1964, Simon & Garfunkel would release Wednesday Morning, 3 A.M.

I was utterly seduced and any chance that I would lead a solid, conventional life had evaporated before I was 12 years old, scuppered by the sights and sounds of guitars.

My other passion was the written word. My first-ever job was a volunteer position in the Children’s Department at the Grand Junction Public Library. For four hours each Saturday morning, I would shelve returned books and work to ensure that each title was where it should be. At least that was the idea. In reality, I think I spent as much time reading as working. A year or so after I began, I was put on the payroll at 50 cents an hour and on Tuesdays I would receive a check from the city for $1.92. Eight cents were withheld, of course, for Social Security. 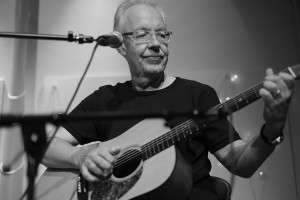 Those early passions for words and for music have accompanied me in all the years since and I am grateful for (and occasionally surprised by) all the places they’ve taken me, geographically and otherwise. I live in Switzerland now and for more than seven years, had the opportunity to work as a copywriter for a great global brand. It was a chance to refine my writing skills in the areas of public relations, advertising and a broad range of corporate communications. 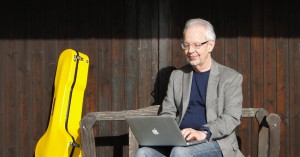 In 2015, I set out on my own in order to divide my time between writing and music projects. It’s been liberating and  scary in equal parts and I’m grateful for (and excited by) each new adventure!